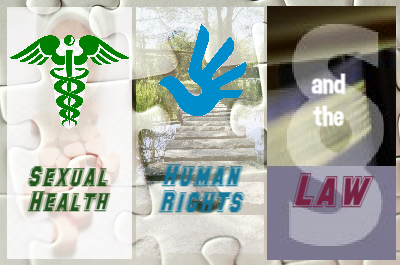 Who is right about human rights? Today, Human Rights throughout the world are not only at stake, but Human Rights are also often reinterpreted and redefined and used for the advantage of one’s own interests.

I begin my thoughts with a Jewish story: „Two students of a rabbi were arguing. When the rabbi asked what was going on, one of the students recounted the course of the argument from his point of view, accusing the other student in the process. The rabbi said to him, „You are absolutely right!“ The other student was even more upset by this and described his view of what had happened, which presented his own innocence and the other’s guilt. The rabbi said in a calm tone, „And you are also right!“. Another of the rabbi’s students could hear the entire conversation, shook his head uncomprehendingly and said angrily, „How can you tell both that they are right. That is the greatest nonsense you are saying“. The rabbi replied to him paternally, „You are also right!“ (Source unknown)

Applied to sexual rights that story reads as follows: Two women, a married mother and a prostitute in a small town were arguing. When the lawyer asked what was going on, the mother described the course of the argument from her point of view and accused the other woman of her sinful lifestyle and bad influence on children. The lawyer said to her, „You are absolutely right!“ The other woman became even more upset by this and described her view of what had happened, asserting her own innocence and that she had not harmed anyone. The lawyer said in a calm tone, „And you’re right, too!“. A third woman could hear the whole conversation, shook her head uncomprehendingly and angrily said to the lawyer, „How can you tell both that they are right? This is the biggest nonsense you are saying“. The lawyer answered her paternally, „And you are right too!“

Feminists and LGBT activists demand “Equal Rights for equal Love”, the rights to life, liberty and autonomy, the rights to equality and non-discrimination and the rights to freedom of opinion and expression. Very often however, the bitter and destructive consequences of autonomous, self-determined decisions and actions are ignored. At first glance, a bisexual, intersexual, transsexual, homosexual or heterosexual lifestyle seem to be equal.

Many People say: “Love is Love” and ask, why should they live a monogamous, heterosexual lifestyle, when a casual, non-committal, polyamorous lifestyle promises adventure and fun? Furthermore, a monogamous, heterosexual lifestyle appears to be restrictive of one`s freedom of choice.  An autonomous lifestyle has no concept of right or wrong, good or evil, which would bother one`s conscience. Therefore, a woman who indulges in prostitution also demands to be treated equally, because she does not “harm” anyone. Really? Isn´t a risky sexual contact jeopardizing one´s sexual health?

The consequences of a risky sexual life come to light when the reality of daily life catches up with you. Affairs and noncommittal sex lead to disappointments, bitterness and strife and create even more problems. In times of real need, the casual sex-partners are gone. So, those casual, non-committal, polyamorous lifestyles are a direct road to unhappiness and despair.

Non-committal sexual relationships also have a profound psychological effect, as the following account by a young woman shows: „For five years, my sex life has been characterized by one-night stands and affairs. I have no problem having sex with a man without commitment. However, I always fall into an emotional hole when an affair ends. I then question myself and am disappointed that I was not good enough for a committed relationship – even if it was clear from the beginning that it was only about sex. Then I don’t want to know anything more about men for a few months, throw myself into my work or distract myself. So far, I’ve always reached the point where I didn’t care about my disappointment – and got involved in a sexual adventure again“.

This example clearly shows the consequences of non-committal sexual relationships. They lead to permanent insecurity and ultimately to an inability to commit. Women who change their sex partners regularly, live in constant fear of being abandoned, and even if a woman has finally found a steady partner, she can never be sure that her partner will not leave her one day for a more attractive woman. As the saying goes, „He who lies once is not believed, even if he then speaks the truth”.

Gender “Experts” try to tell us, that we have the right to determine our sexual identity and sexuality. „Your right to sexual self-determination“ they say, „leaves you free to decide your own sexual orientation, choice of sexual partners, sexual practices, and the form of sexual relations.“

Principle 4 of the General Principles of the International Planned Parenthood Federation (IPPF) states: “Pleasure is based on self-determination of the individual and autonomy within the relationship. Because pleasure is an essential aspect of sexuality, the right to seek and express pleasure and to decide when to experience pleasure must not be denied to anyone.“ (Sexual Rights: An IPPF Statement, General Principles, Principle 4)

Psychoanalyst Erich Fromm stated: „Pleasure cannot be a criterion of value, for there are people who experience pleasure in submission and not in freedom, for whom pleasure is not love but hatred, not productive labour but exploitation.“

If sex is only about pleasure and satisfaction, about conquest and submission, the result is inevitably dissatisfaction, which leads many people to an addictive promiscuity. A 17-year-old boy told his story: „Something is wrong!” – he started. Everything is going great – I am having lots of sex, but I’ve probably never really made love in the process. My friends all admire me for the kind of girls I can pick up, but I’m not very good at what I guess you’d call intimacy, because the morning after I never know what to say to a girl. In fact, all I want to do then is call my buddies and show off.“

For this teen, sex is about conquering, collecting trophies, and winning and increasing his standing with his buddies. He has not the slightest interest in the girls themselves. For his apparently willing partners, sex may have been a confirmation of their attractiveness, a proof of being wanted. They, too, had no interest in a relationship.

Developmental psychologists say that maturity of character is a prerequisite for healthy sexual behaviour. Mutual respect is essential for sexual interaction. For an immature person, sex is often not about an equal partnership, but about superiority and being in control of the other person. Immature people often exploit the weaknesses of others for their own needs and do not think about their partner. Mentally immature people are incapable of thinking about anything other than their needs and the enjoyment of the moment. A minimum of maturity and independence is necessary for the establishment of a healthy and lasting relationship. Fleeting sexual contact among young people in the long run numbs the soul and kills intimacy, so that the young person is less and less able to form real bonds and relationships of mutual trust.

So, the conclusion is, that the different lifestyles are not equal, because a monogamous and committed relationship is lasting and secure and a non-committed, casual contact is insecure and short-lived. And, to secure the human rights does not prevent people to misuse their own life, love and sexuality.

The definition of Sexual Health, Human Rights, and the Law, as defined by the Experts of the World Health Organization (WHO) is misleading and irresponsible. A person’s sexual rights has little to do with sexual health. It expresses, on the contrary, that every person may live out his or her sexual inclinations, preferences, and predilections unhindered, and regardless of whether his or her sexual behaviours are responsible or perverted. In the book „Love and Sexuality as Social Construction“ this is clearly expressed. There one reads about the sociology of sexuality: „The scientific power of sexologists rests on the fact that they have been able to agree on a relatively precise definition of „sexual health.“ According to this definition, a person is considered sexually „healthy“ if he or she is able to reach that climax of sexual pleasure, of „orgasm“. For sex researchers, sexual health is measured by the experience of satisfaction and the intensity of sexual pleasure. This has nothing to do with the emotional well-being and health of a person and a society!

Gender experts make the serious mistake of believing that universal moral standards such as sincerity, honesty and truthfulness can be easily circumvented. By refusing to define moral standards, WHO experts open the door wide to perverted feelings, corrupted thoughts, crazy ideas and fantasies, and dubious motives. Any kind of dirty and perverted sexuality is allowed when it serves one’s own pleasure and satisfaction. The only thing that matters is whether it feels good, and I have found a consensus with the object of my desire.

The fatal error of the Gender experts is that they have separated sexuality from love and relationship, to justify, in the name of self-determination, unfair love relationships and perverted sexual behaviours.

The problems and solutions for today’s society are to be found on the fundamental level of the human nature. Many people demand their right to freedom of opinion and expression. But when it comes to their responsibility, they are blind and deaf. Freedom without responsibility is destructive and diminishes our freedom. It is a universal law, only freedom with responsibility will secure freedom, prosperity, and happiness of the individual and society.