A UN committee of legal experts reprimanded the Russian Federation last month for allowing the Ryazan province of Russia to enforce a law that bans the promotion of homosexuality among minors as part of a national effort to protect children from early sexualization, and related adverse health consequences.

In 2009 Irina Fedotova, a lesbian activist, lodged a complaint against Russia with the UN Human Rights Committee, which monitors the implementation of the 1966 International Convention of Civil and Political Rights (ICCPR). She was detained and fined for standing outside a secondary school with posters that read “Homosexuality is normal” and “I’m proud of my homosexuality – ask me about it.” Russian secondary schools are attended by children as young as 10 and as old as 17.

The decision of the committee, known as “views” because it is neither binding nor enforceable, was divulged on November 30, and comes at a time when the Russian Federation is being widely criticized for bans on the promotion of homosexuality among minors enacted by several provinces and municipalities of the country. Similar legislation is being contemplated at the federal level.

The Constitution of the Russian Federation, according to Russia’s Constitutional Court, allows bans on the promotion of homosexuality among minors to preserve their health and morals.

The 1966 treaty on civil and political rights under which the complaint was brought similarly lists the preservation of public health and morals as one of three grounds on which state parties may limit free speech. The Human Rights Committee, formed by that treaty, disagrees with the Russian Constitutional Court on whether homosexuality is a sufficient moral and health concern to curtail free speech.

Despite differences between UN member states on homosexuality, and the absence of any mention of homosexuality in the treaty it is charged with monitoring, the committee bases its rationale on the “evolving” nature of moral standards.

Citing its own interpretation of the 1966 treaty published in a non-binding document last year, known as General Comment 34, the committee maintains that limitations on speech “for the purpose of protecting morals must be based on principles not deriving exclusively from a single tradition” and that in order to avoid being discriminatory they must be based on “objective criteria.” The committee found Ryazan’s ban on the promotion of homosexuality among children defective on both counts.

Russia argued that the law did not affect Ms. Fedotova’s private conduct in any way, and that the purpose of the law was to protect minors from “derangements of their spiritual, mental, physical and social development.” But the experts said that even if Ms. Fedotova’s purpose was to engage children on the subject of homosexuality this would not justify curtailing her speech.

Laws banning the promotion of homosexuality among minors are routinely enforced by Russian authorities, as two celebrity divas have discovered. Madonna faced a lawsuit after she voiced support for homosexual rights during a recent tour. Reuters reported this week that Lady Gaga has been threatened with similar action because she did the same at a concert in St. Petersburg on Sunday. 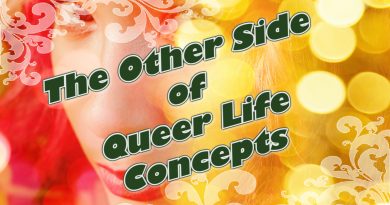 The Other Side of Queer Life Concepts 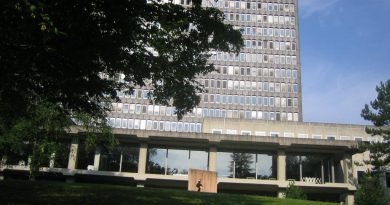